The Nez Perce Tribe Paid More Than $600,000 for Their Own Artifacts. Now They’ve Been Repaid 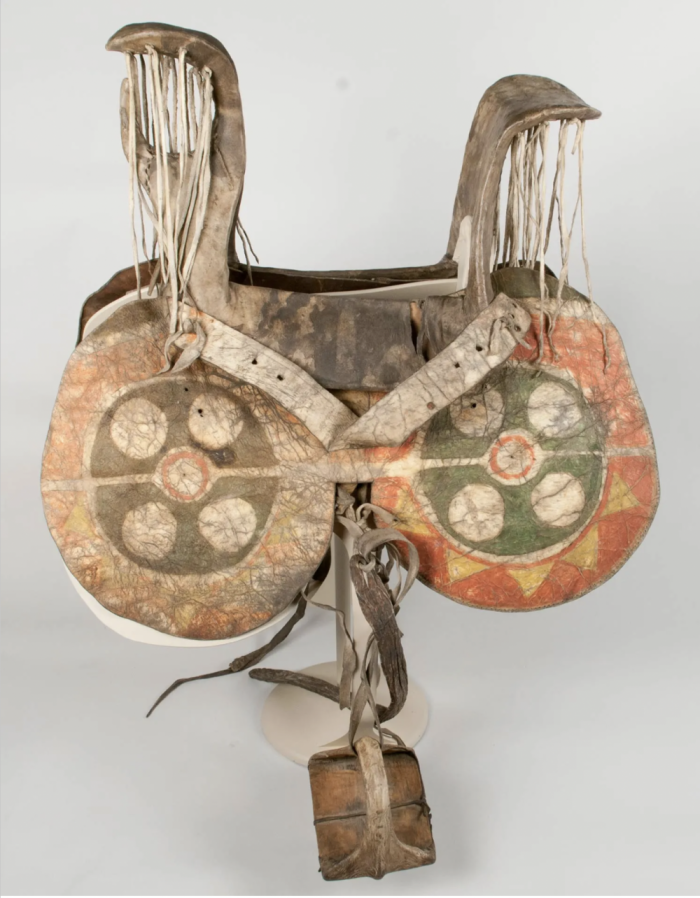 The decision came some months after the 25th anniversary of the sale. During the ceremony, in which Ohio Historical Connection members took part, it was announced that the collection, formerly known as the Spalding-Allen Collection, was renamed the Wetxuuwiitin Collection. In the Nez Perce language of Nimipuutímt, Wetxuuwiitin means “returned home after a period of captivity.”

In September, the Ohio Historical Connection’s board of trustees agreed that, if they still held the Wetxuuwiitin Collection, they would have returned the objects freely. The repayment occurred on November 23, days before Thanksgiving.

The collection was initially brought together in the 1840s by Christian missionary Henry Spalding. He acquired 20 items, mostly handcrafted clothing and riding gear. The collection would end up in the hands of Ohio benefactor Dudley Allen, who later donated them to Oberlin College. Oberlin subsequently loaned some of the pieces to the Ohio Historical Society, where the objects were never put on display. In the 1970s, when the Nez Perce tribe discovered that the Society possessed these pieces, an agreement was drawn up that the collection would be loaned to the tribe for 20 years.

“These items are priceless,” said Samuel Penny, Nez Perce Tribal Executive Committee Chairman, during the reimbursement ceremony in a moment of reflection. “Though we did not agree with having to purchase these items back in 1996, we knew at that time we had to bring them home, regardless of the cost.”

Burt Logan, executive director and CEO of the Ohio History Connection, wrote in an email to Artnet News, “Organizations, like individuals, can grow, evolve, and mature. Today we acknowledge how misguided our treatment of American Indians, their ancestors, and their legacies has been since our founding in 1885.”