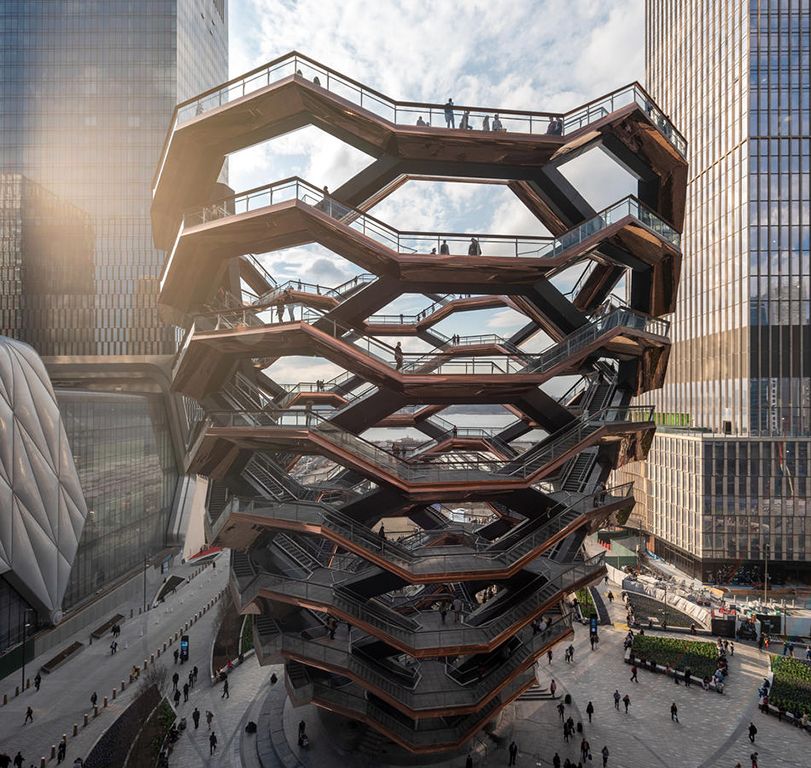 Reports indicate that Stephen Ross, the billionaire chairman of the Hudson Yards development group the Related Companies, which originally commissioned Vessel, is now considering closing the $200m structure for good. The teenager, who jumped from the Vessel’s eighth story early Thursday afternoon and has not been formally identified, was accompanied by family members in accordance with new rules banning visitors from climbing alone, news reports said.

Community members had argued that the Related Companies should raise the barriers around the spiralling steps to limit the suicide risk. But developers opted not to adjust the height, presumably to avoid interfering with the aesthetics of the original design. Instead they tripled the size of the security staff, raised the admission policy from free to a $10 fee at most times, required that visitors not enter alone and printed a message from Lady Gaga’s Born This Way Foundation on the back of each ticket reading, “Each of you matter to us, and to so many others.”

“We thought we did everything that would really prevent this,” Ross told The Daily Beast. “It’s hard to really fathom how something like that could happen. But you know, I feel terrible for the family.” Lowell Kern, the chairman of the local community board, told the publication, however, “For Related to claim they did everything possible here is just not true,” adding: “They could have raised the height of the barriers, and that would have prevented this tragedy. For reasons unknown to us they decided not to do that.”

A number of studies cited by The New York Times in May indicate that increased fencing at public sites can be effective in significantly reducing the risk of suicide. In 2012, barriers were installed in the atrium of New York University’s Bobst Library after a number of tragic deaths, for example, and in 2017, fencing and netting were installed around the George Washington Bridge to similar effect.

“I understand that the Vessel is seen as a work of art and architecture, and there’s a certain aesthetic involved with that,” Kern told The Times. “But you’re trying to balance an artistic aesthetic versus loss of life, and there’s no choice there.”

• If you or a loved one are in crisis, please call the National Suicide Prevention Lifeline at 1-800-273-TALK (8255), or contact the Crisis Text Line by texting TALK to 741741https://production-website-scripts.s3-eu-west-1.amazonaws.com/newsletter-widget.htmlMore NewsTopicsThe VesselRelated CompaniesHudson YardsNew York CitySuicidesThomas Heatherwick