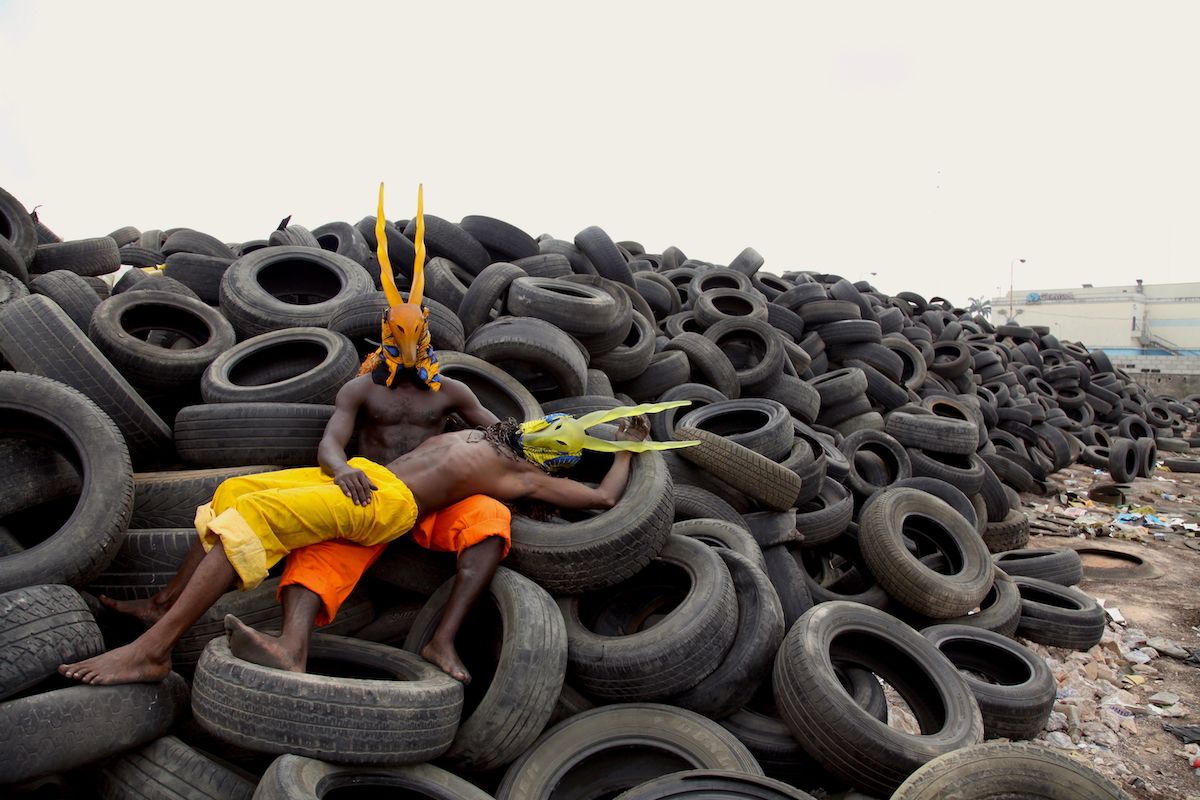 The 10-part podcast series, hosted by the Brazilian actress and filmmaker Marina Person, traces the biennial decade by decade. The first episode, which aired last weekend, introduces the Italian-Brazilian industrialist Ciccillo Matarazzo, who founded the biennial in 1951. An heir of the Latin America Fábricas fortune, Matarazzo used his family wealth to fund the cultural scene in São Paulo.

“The first edition of the biennial brought together 25 countries thanks to the help of Brazilian embassies from all over the world, who were keen to promote Brazil as a cultured and sophisticated country on the world stage,” says José Olympio da Veiga Pereira, the president of the foundation. The inaugural edition received more than 10,000 visitors, and the second famously brought Picasso’s Guernica (1937) to Brazil—a feat that the podcast also details.

The foundation has also released a timeline and plans to release a short film about the biennial at the end of the month comprising archival images that highlight some of the most renowned exhibitions and controversial moments. The 10th biennale in 1969, for example, was known as the “Boycott Biennial, when many artists refused to participate as a reaction to the government dictatorship,” says Olympio da Veiga Pereira, “while the 28th biennial in 2008 saw the floor of the Pavilion left empty in a curatorial gesture of institutional critique.”

Since its fourth edition in 1957, the exhibition has been held in the Oscar Niemeyer-designed Ciccillo Matarazzo pavilion in the Parque do Ibirapuera. The Fundação Bienal de São Paulo was created in 1962 to oversee the exhibition, which was previously managed by the Museum of Modern Art of São Paulo.

The biennial has helped “make contemporary art known in Brazil, push the country’s access to the art scene in other metropolises and further establish São Paulo as an international art centre, while bringing Brazilian art closer to an international audience”, says Olympio da Veiga Pereira. In the past seven decades, it has helped launch the careers of seminal Brazilian artists like Lygia Pape, Hélio Oiticica and Lygia Clark, and has represented more than 11,000 artists and artist collectives.

The 34th edition of the show, called Faz Escuro Mas Eu Canto (Though It’s Dark, I Still Sing), was postponed by the pandemic and now launches in September, although some presentations opened earlier this year. While the biennial does not have a specific theme, its title and exhibitions echo the current political climate under the conservative Brazilian president Jair Bolsonaro, who dismantled the country’s ministry of culture shortly after he took office in 2019 and has slashed federal funding for certain cultural projects.