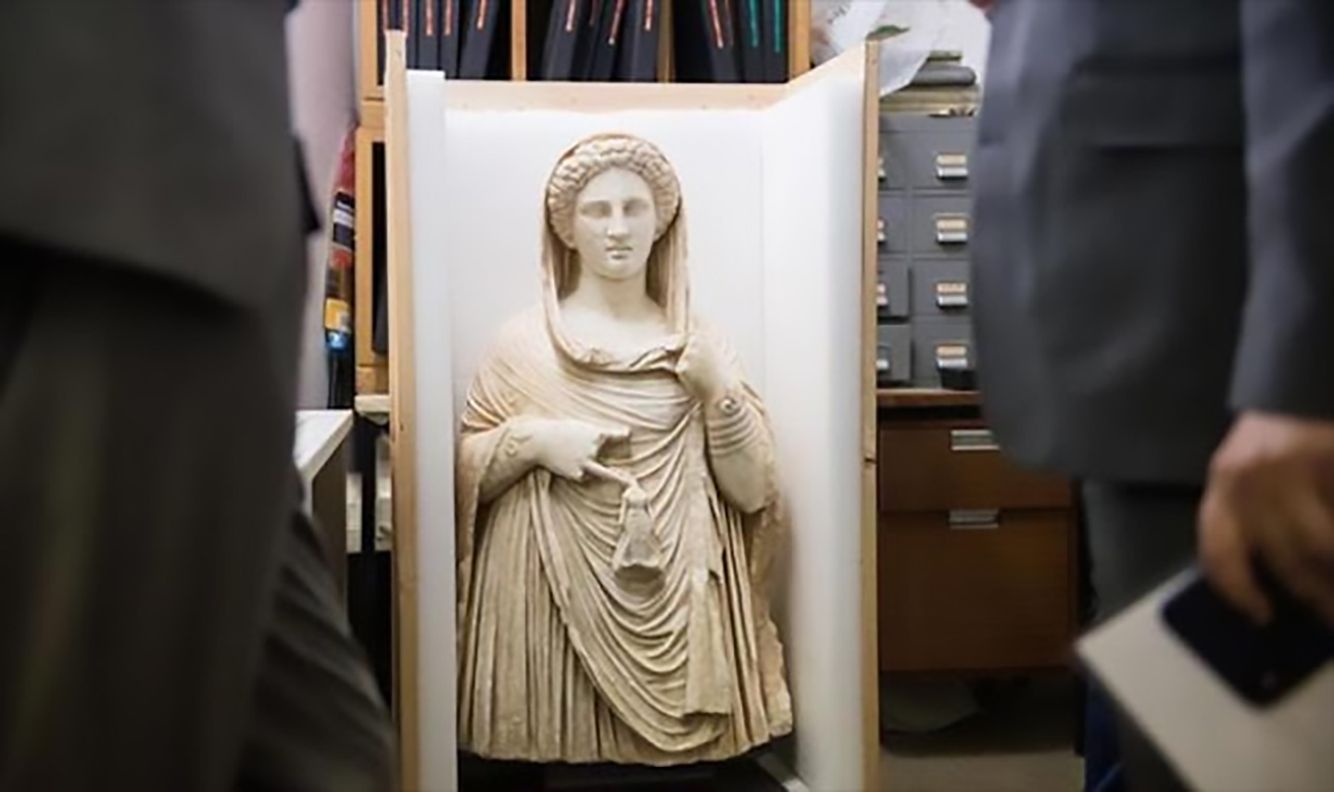 A statue looted from Libya in 2011 has been handed over to the Libyan Embassy in London after experts from the British Museum (BM) helped identify the piece. The funerary sculpture, taken from Cyrene in north eastern Libya, was seized by Border officials at Heathrow airport in London after being brought into the UK from Libya illegally by a dealer. It was finally returned last month.

The 2nd-century BC statue, which depicts the goddess Demeter or her daughter Persephone, was illicitly excavated from an underground site in Cyrene, near present-day Shahhat, which is on Unesco’s list of World Heritage in Danger.

“This is not a sculpture that is being returned from the British Museum collection; this is part of our work in helping to identify and return illicit trade coming into the UK for potential sale,” says a spokeswoman for the BM.

Museum officials gave evidence for the prosecution in a court case in 2015 when the judge ruled that the sculpture was owned by “the state of Libya”. Experts at the BM confirmed that the statue was a “genuine archaeological artefact due to its distinct recognisable marble”, say officials from the Libyan embassy. “Since 2009 we have helped to repatriate over 2,300 antiquities, to Afghanistan, to Uzbekistan, and to Iraq,” says a BM statement.

Cyrenaica was a region settled by Greek colonists in the 7th century BC. According to the California-based conservation body, Global Heritage Fund, Cyrene ranks among Unesco’s “most neglected and endangered sites in the Mediterranean Basin, due to improper restoration and extensive looting of its Greek artefacts”. In March, the UK newspaper the Times reported how the city of Cyrene is besieged by bulldozers as developers “throw up housing” around the ancient site.