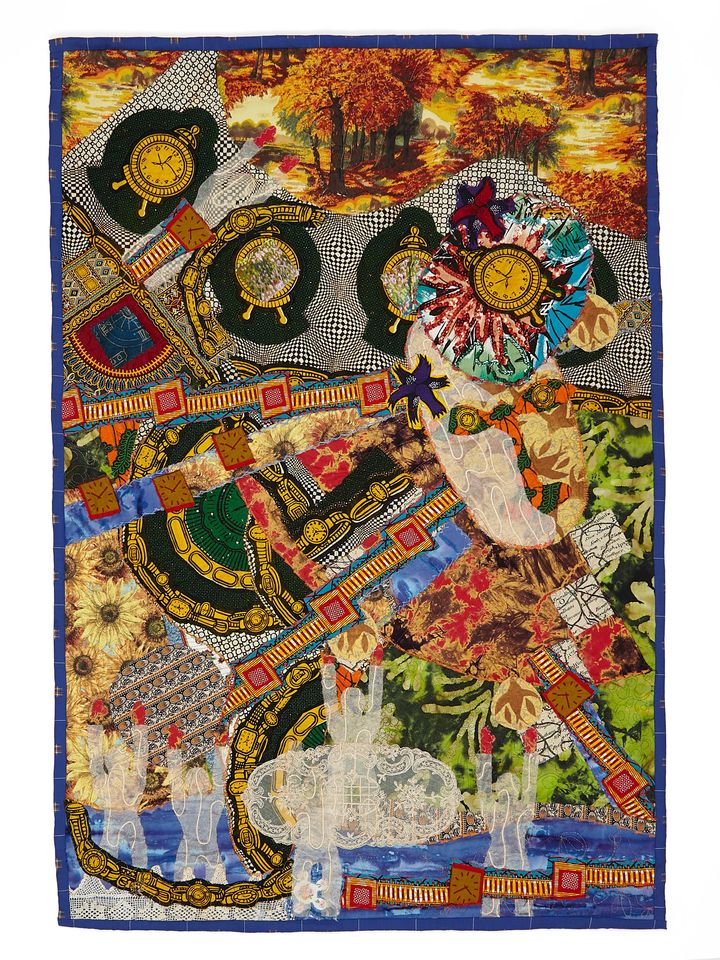 With Frieze now well underway, New York has a taste again for art fairs—those not on a screen. And the next opportunity is around the corner: a potted edition of the 1-54 Contemporary African Art Fair New York will run from 15 to 26 May in the lobby gallery at Christie’s, with a larger selection of works online.

The Christie’s exhibition, titled Knotted Ties, draws together textile works by female artists from Africa and the diaspora, each exploring the medium’s capacity to shed light on “humanity’s entangled histories, challenging social landscapes, and complex realities,” according to a statement.

“Many of the artists, young and old, were affected by the pandemic, by the lockdowns that were so prevalent in the UK and South Africa, and they found peace through the repetitive gestures needed to work with textiles,” says Touria El Glaoui, the founding director of the fair, “there was a meditative quality, a profound therapy within the work.”

The entire seventh edition of the fair will be online from 17 to 23 May, with a VIP preview on the 17 and 18 May. Works from the fair will be for sale on Artsy from 19 May – 6 June. The online fair, hosted by Christie’s, features 26 international galleries and is Christie’s third global collaboration with 1-54.

Also returning this year is the Ritzau Art Prize, which will be awarded to late-emerging to mid-career artists from the African continent whose work is being exhibited at the fair. The winning artist will be awarded a three-month residency at the International Studio & Curatorial Program.

“The global pandemic has meant that regretfully we have had to cancel our physical edition of 1-54 in New York for the second year in a row. Although we are sad not to be returning to our usual format, we are elated that our continued partnership and relationship with Christie’s has meant that we can once again exhibit the work of artists from Africa and its diaspora online via the auction house,” El Glaoui says.