After objections, Cambodian government rejects proposal for theme park on the outskirts of the Angkor Wat temple complex 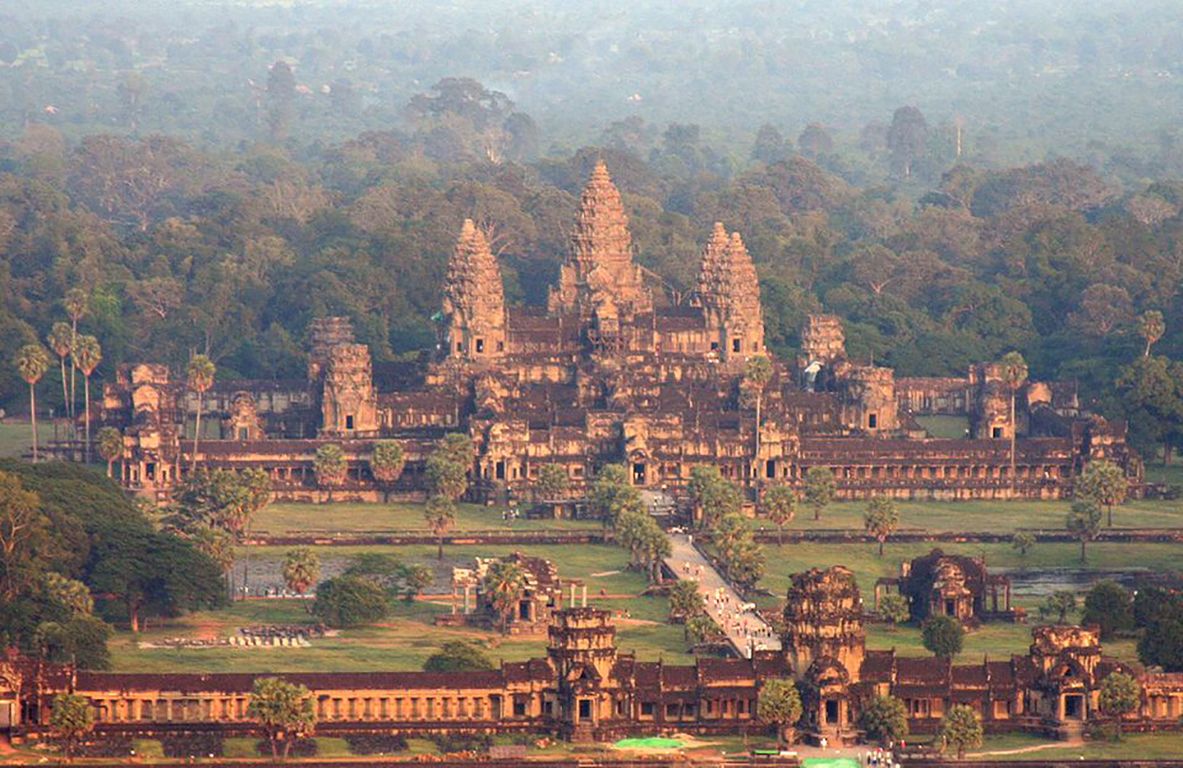 Cambodia’s Culture and Fine Arts Ministry has rejected a proposal by the Hong Kong casino operator NagaCorp to build a resort and theme park near the sprawling Angkor Wat temple complex after concerns raised by Unesco.

The government’s rejection of NagaCorp’s plan to develop 75 hectares of land located around 500m south of the protected buffer zone of Angkor was announced earlier this week, according to Cambodian media outlets.

NagaCorp, which operates the NagaWorld casino in the Cambodian capital, Phnom Penh, had announced in November that it was leasing the vast plot of land to build a $350m resort, pitched as Angkor Lake of Wonder, under an agreement with the government.

The ministry’s decision to reject the proposal was made after Unesco’s International Coordinating Committee for Angkor (IIC-Angkor) expressed fears that it could affect the “outstanding universal value” that undergirds Angkor’s placement on Unesco’s World Heritage list.

In a statement, the Cambodian Culture and Fine Arts Ministry said that it “shares the views” of the ICC-Angkor and its ad-hoc experts that the proposed project “cannot be implemented in this context”. The culture ministry’s secretary of state, Sum Map, says: “There is nothing wrong with the project but its scale.” The Angkor Archaeological Park is tranquil, he says, but “on the other side,” the construction project “seems enormous and bustling. They are running in contrast to each other.”

Sum Map implied in a remark published by the media outlet Nikkei Asia that a scaled-down version of the proposal might be considered in the future. “Future proposed development activities from Naga or other public or private companies need to be in compliance with World Heritage” standards, he says.

The Cambodian government’s rejection of NagaCorp’s plan was welcomed by Unesco. Sardar Umar Alam, Unesco’s representative to Cambodia, told Voice of America Cambodia: “Unesco highly appreciates that the Cambodian authorities remain fully committed to the implementation of the World Heritage Convention and will ensure that the protection of the outstanding universal value of Angkor remains at the heart of the decision-making processes relating to the property and its surroundings.”

The World Monuments Fund (WMF), which has been involved in preserving Angkor Archaeological Park for 30 years in the aftermath of the devastation wrought by the Khmer Rouge in the 1970s, also applauded the Culture Ministry’s decision.