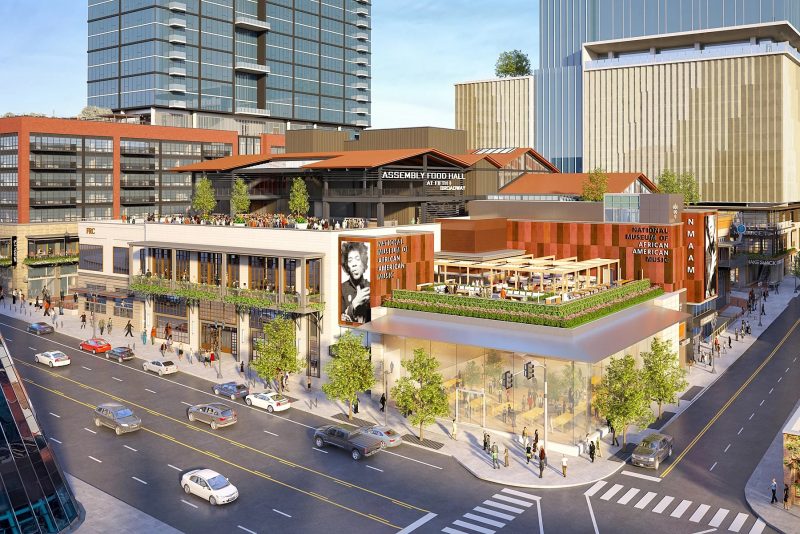 Let the music play. A ribbon-cutting ceremony was held on Martin Luther King Day to open the new National Museum of African American Music in Nashville.

A limited number of spectators were allowed inside for the event, though a Facebook live stream of the program drew more than 1,000 viewers at a given time.

The 56,000 square-foot facility is the only museum dedicated to educating, preserving and celebrating more than 50 music genres and styles that were created, influenced and/or inspired by African Americans, including spirituals, blues, jazz, gospel, R&B, and hip hop. Using artifacts, objects, memorabilia, clothing and state-of-the-art technology, each of the museum galleries is designed to share a different narrative and a unique perspective on African American music and history. The museum tells the story of how African Americans used their artistry to impact and change the world.

The new museum takes visitors on a journey that show the evolution of African American music in seven separate sections.

Museum visitors begin their NMAAM journey in the Roots Theater with an introductory film presentation that gives an overview of west and central African cultures and the institution of slavery. The presentation focuses on the evolution of becoming African American, with specific emphasis on the creation of new music traditions – spirituals, blues, jazz, gospel, R&B, and hip-hop – that are distinctly African American in nature. The film presentation will also emphasize historical periods, such as Reconstruction, Jim Crow, the Great Migration, World Wars I and II, and the Harlem Renaissance, etc., and the impact they had on the development of these musical styles. The theater can also be used for film screenings, lectures, music performances and concerts.

In the next section The Rivers of Rhythm corridor, visitors explore touch panel interactives and an animated timeline that links American history with American music history. Museum visitors will experience the early beginnings of American music with Southern religious and blues traditions to the most contemporary R&B and hip-hop musical forms. The next section, Wade In the Water, visitors learn about the history, influence and survival of Gospel music. The fourth section shows how Blues changed the world after African Americans migrated from the rural South to urban cities in the North and took the blues and other musical and cultural traditions with them during the early 1900s.

The fifth section of the museum allows visitors to explore the transformation of jazz into various musical styles, including Dixieland, swing, bebop, cool and hard bop, fusion, etc., as well as discover those legendary jazz musicians who have contributed to the evolution of jazz’s artistic growth throughout the years and into the modern 21st century. In the sixth section called “One Nation Under the Groove, visitors encounter stories of Motown, Stax and Philadelphia International record labels, and the emergence of music-dance television program “Soul Train” (1970s) and the MTV television channel (1980). Both played a role in establishing Black pop as a dominant commercial genre. Contemporary R&B is also chronicled in detail. In the final section called The Message, the roots of rap and Hip Hop in the urban decay of New York’s South Bronx inner city. Visitors learn about the era’s minority youth culture, which incorporated DJ-driven music, breakdancing, graffiti art and streetwear fashion into the amalgam of hip-hop.

The museum’s president and CEO Henry Hicks said the museum is a walk through the history of American music told through an African American prism.

The museum is located at the corner of Broadway and the recently renamed Rep. John Lewis Way, elsewhere known as Fifth Avenue. The large, newly constructed building at 510 Broadway serves as a gateway to Nashville’s Lower Broad honky-tonk strip and is steps away from the historic Ryman Auditorium.

NMAAM members will be able to tour the museum during “Members Preview Weekend” on Jan. 23 and 24. The museum opens to the public Jan. 30, with tours running from 11 a.m. to 6 p.m. on Saturdays and Sundays.