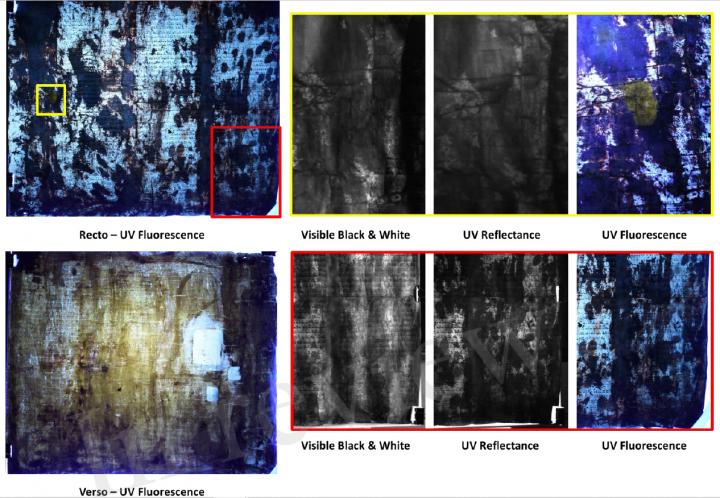 MĂGURELE, Romania — As the world turns the calendar ahead to 2021, Romanian researchers are turning the clock back to unearth the rich history of an ancient Jewish manuscript. Using state of the art camera technology, a team from the National Institute for Research and Development in Optoelectronics captured images the naked eye can’t see.

“The goal of the study was to understand what the passing of time has brought upon the object, how it was degraded, and what would be the best approach for its future conservation process,” says co-author Dr. Luminita Ghervase in a media release.

Researchers examined the privately-owned sacred scroll using a combination of imaging techniques. The scroll contained several chapters of the Book of Esther from the Hebrew Bible, but it was in poor condition.

The researchers then examined the scroll with a technique called hyperspectral imaging to analyze the material composition of the ink on the parchment. The team discovered two types of ink, again backing up the idea someone had already tried to repair the scroll. These materials were then broken down even further with the help of a computer algorithm.

“The algorithm used for materials classification has the potential of being used for identifying traces of the ink to infer the possible original shape of the letters,” Dr. Ghervase adds.

More clues to the scroll’s past
The scroll then headed for scans under x-ray fluorescence (XRF) which identified the chemicals in both the ink and the manufacturing of the parchment. Scientists discovered rich concentrations of zinc in the paper, a metal often linked to the bleaching process. This gave the team another sign of some possible past restoration.

Finally, Romanian researchers conducted a Fourier-transform infrared (FTIR) spectrometer to study how some of the chemicals have changed over time. This determined how quickly the scroll was deteriorating by looking at collagen levels, which is made from animal skin. Combining these techniques could help professionals restore other ancient pieces of history to their former glory.

“They can wisely decide if any improper materials had been used, and if such materials should be removed,” Dr. Ghervase concludes. “Moreover, restorers can choose the most appropriate materials to restore and preserve the object, ruling out any possible incompatible materials.”