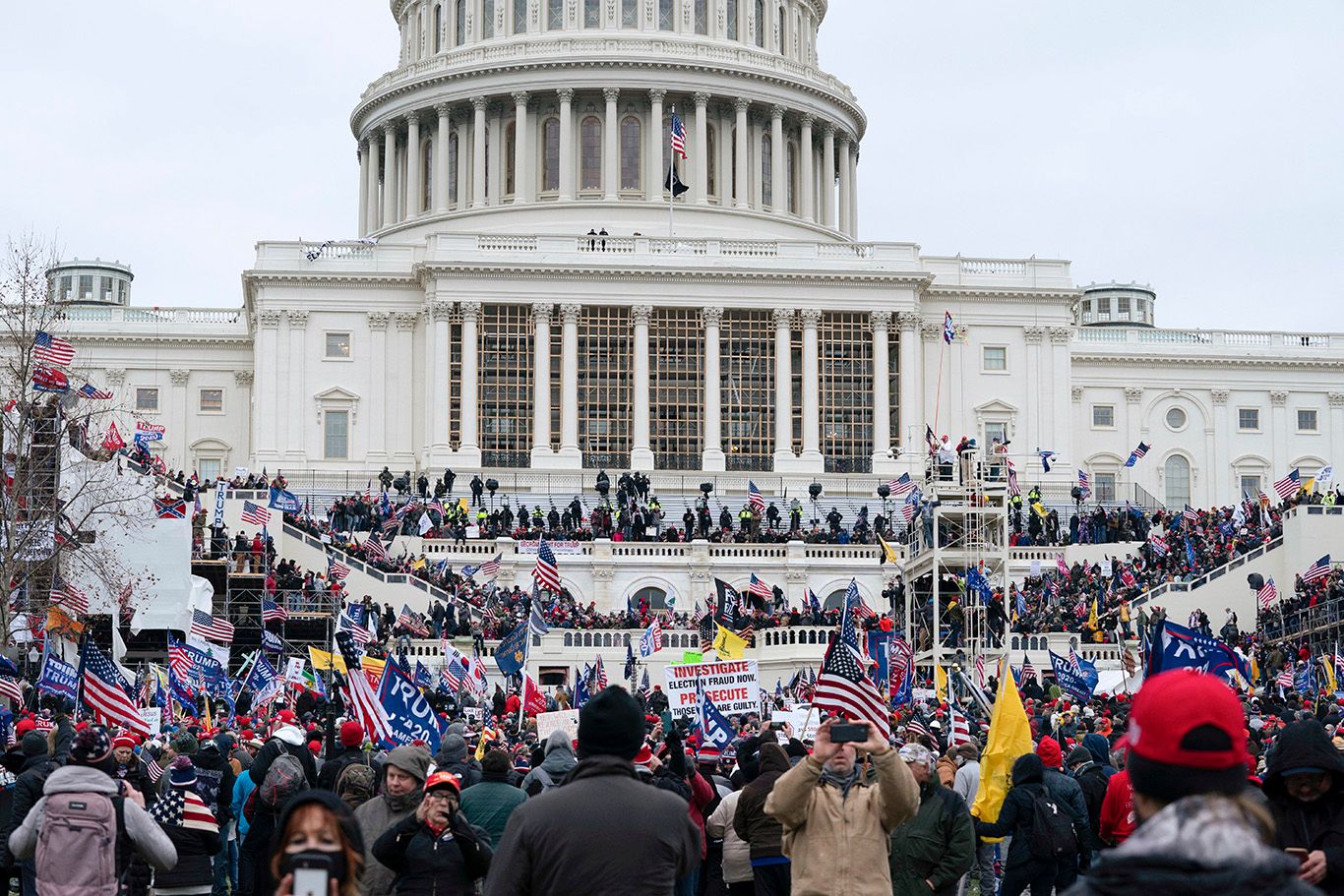 The US Capitol’s works of art were subjected to tear gas and pepper spray during the intrusion of right-wing marauders incited by President Donald Trump on Wednesday and will require cleaning and conservation, a spokeswoman for the Architect of the Capitol reported today. Yet the works in the 1826 Neo-Classical building appear to have survived without significant damage, she says.

“Our initial assessment is that most of the damage on the interior and envelope of the building is limited to broken glass, broken doors and graffiti,” says Erin Courtney, a spokeswoman for the Architect for the Capitol, the steward of the landmark buildings and grounds of Capitol Hill. “On the West Front, the teams identified graffiti on the building near the Inaugural stands and two broken [Frederick Law] Olmsted light fixtures.”

The New York Times singled out a 19th-century marble bust of the former president Zachary Taylor that was sprinkled with a red liquid that resembled blood.

“Statues, murals, historic benches and original shutters all suffered varying degrees of damage–primarily from pepper spray accretions and residue from tear gas and fire extinguishers–that will require cleaning and conservation,” Courtney says. She emphasises that the Architect for the Capitol has a team that can address any needed repairs.

For curators, particular concern centred on large-scale historic paintings by John Trumbull from the early 1800s in the Capitol Rotunda and dozens of sculptures in the building’s National Statuary Hall, which was flooded by insurrectionists during Wednesday’s melee. But they appear to have survived unscathed amid the chaos.

The reports on damage to art came amid an avalanche of additional videos documenting the devastating riots on Capitol grounds, as federal authorities pursue arrests. Twitter, Facebook and Instagram have blocked postings by Trump in response to his incitement of violence.